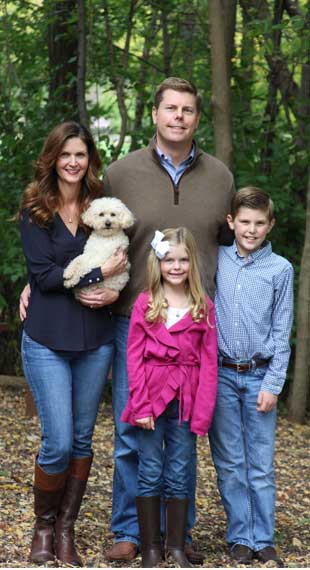 Dean is a sixth generation Missourian and a lifelong resident of St. Louis County. He is proud to have received a quality public school education, having graduated from Ladue Horton Watkins High School. Dean earned his undergraduate degree in Political Science from Middlebury College in Vermont where as a scholar athlete he was on the varsity football and track teams.

After college Dean worked in the financial industry for Franklin Templeton Group of Funds before earning his Law Degree from St. Louis University. During his legal studies Dean clerked for the St. Louis County Prosecuting Attorney’s Office, A.G. Edwards & Sons and the United States Attorney’s Office. Additionally, he was awarded a Certificate in International and Comparative Law upon graduation. Following law school, Dean worked for a small law firm with an emphasis in real estate matters and for the past 17 years has managed his own law firm.

During his service, Dean has received legislative awards from the Missouri Bar, Missouri Association of Prosecuting Attorneys, Beyond Housing, Judicial Conference of Missouri, Missouri Community College Association and the Missouri Farm Bureau.

Dean resides in Des Peres with his wife Rebecca, a registered nurse, and their two children.